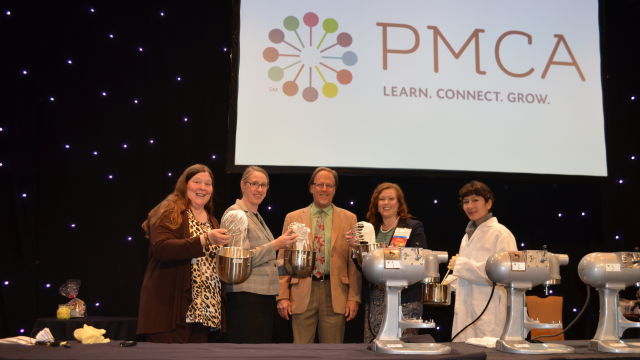 Marie Kelso served as secretary to the Production Conference Committee for 38 years, and indeed her name became synonymous with the event itself. In her youth she was secretary to Hans Dresel, a salesman for Felton Chemical Company in Philadelphia, PA. As her boss worked tirelessly to organize and promote PMCA’s Annual Production Conference, as well as AACT events, she organized and managed tirelessly as well. After she left her job at Felton Chemical, the Production Conference became her life’s work. Marie was also active for many years in the Philadelphia Section of AACT. Marie Kelso passed away in September 1995.