Home/PMCA Announces Election of New Board Members
Previous Next 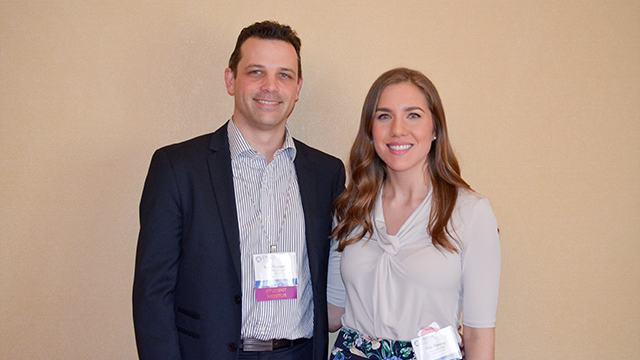 Erin Fleming attended The Pennsylvania State University where she earned both her bachelor’s and master’s degrees in food science. As a former PMCA fellow, Erin was advised by Dr. John Hayes and studied oral astringency within the context of confections. She is currently a sensory scientist at Mars Chocolate North America.

Nico Tomaselli is the R&D manager at Lindt & Sprüngli (USA) located in Stratham, New Hampshire. Nico began his career in Milan, Italy, where at the age of 13 he first developed an interest in the culinary arts and chocolate in a little pasty store. After starting a traditional culinary arts and pastry program he soon realized chocolate was his true passion. After completing his culinary degree, Nico entered the University of Milan where he earned a master’s degree in food science in 2003 and then a Lindt Academy Master in Business from University of Castellanza LIUC in 2011.

After his graduation, Nico worked in technical support for a German beer company for four years before joining Lindt & Sprüngli, Italy. He started in Induno Olona, Italy as the innovation and technology project manager and then became the R&D manager.  In 2012, Nico accepted the position as R&D manager for Lindt & Sprüngli (USA) and moved to Stratham, NH. There, he was charged with creating a new R&D business unit for the North American branch of Lindt.